Our company's activities for contributing to society started here.

In February 1996, a magnitude 7 earthquake struck China's Yunnan Province. We contributed the funds for construction of an elementary school to help with the recovery from this major disaster. 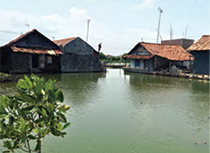 The cumulative number of mangroves planted through the end of 2018 in “Ichiyoshi Mangrove Forest Project” was 350,000 in total.
Mangroves in Tapak Village in Semarang City, Indonesia, where we have taken part in this project since 2009 have been properly taken care of by the group of local residents. Soil once exposed bare along the coast is now changing into a vast green land.
Pekalongan city, Indonesia, where we have started our activity since 2014, is suffering more seriously from the rising of the sea level, and residents are facing damages with which “Makeshift measures” cannot deal. Therefore, beginning from 2015, we launched “Project Assisting Climate Change-Affected Communities”, and we have started a fact-finding survey on damages to seaside residents. 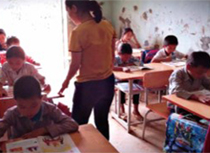 As Ichiyoshi celebrates its 70th anniversary of incorporation in 2020, it has started the project by building a schoolhouse in Vietnam. Ichiyoshi is aiming for improvement of students’ learning environment through building new classrooms and separate toilets for boys and girls at Na Hu village, Tu Nhan commune, Hoang Su Phi district, Ha Giang province in the northern part of Vietnam.
This is 12th in Ichiyoshi’s schoolhouse building projects and the building is scheduled to be completed in March 2020.